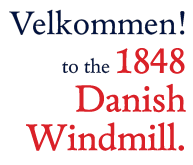 The Mill, originally built in Nørre Snede, Denmark in 1848, is America’s only authentic working Danish Windmill.  The Windmill was restored to working condition in the mid-1970s and serves as a historical and educational museum for all people interested in Denmark, Danish customs, Scandinavian traditions, Iowa’s cultural heritage and windmills. The Mill museum’s goal is to create a working example of life in an earlier time, providing a rare glimpse into the past when thousands of windmills were scattered about the Denmark countryside.

In 2014, summer’s extreme heat, followed by a harsh Iowa winter, took a serious toll on the Mill.  It shifted the mechanical structure of its sails and the brackets that hold the shutters bringing the mill to a standstill for safety reasons.

The Mill is a very old machine and we needed a millwright with expertise in historic restoration and preservation to get it turning again.  We reached out to world-renowned Danish and American historic mill experts that we have relied on to perform similar work over the years such as the initial maintenance plan, blueprints and rebuilding of the Mill’s cap frame in 1995.

In August 2015 a Danish machinist came and spent 3 days on the Mill.  In addition to working on the iron gearing and adjusting the fan tail mechanism he also found rot in some of the timbers of the 67 foot long sails. He prepared a report for the Danish millwrights based on his inspection.

The American historic millwright, Ben Hassett, who we planned would do the work, was not able to fit us into his busy schedule until April 2016.  Hassett, who is a Council Bluffs native, worked on our project in 1995 as the millwright’s apprentice and is now owner of B.E.Hassett-Millwrights, Inc.– one of a very few companies that do what they do in the U.S. and that is, to work on genuine mills. Some of his projects include reconstruction of the Flowerdew Windmill, the oldest windmill in the US, and the post windmill in Colonial Williamsburg.

Hassett came to Elk Horn and inspected the Mill in April 2016 and identified the urgent need to replace the timbers for the sails and wind shaft due to wood rot; repair the brake wheel and fan tail, and to replace the friction drive pulley for the sack hoist.  (The timbers for 67’ sails were installed as new when the Mill came to Elk Horn over forty years ago and the wind shaft, brake wheel, and other parts dated back to when it was in Denmark.)

In summer of 2016 new sail timbers were found in Washington and transported to Hasset’s workshop to dry and we launched an appeal to raise $200,000 to put a new spin on the old mill.

In January 2017, Ben came to Elk Horn for a week to remove the two 67-foot long, 3,500 pound sails and wind shaft and lower them the 80 feet to the ground to secure the Mill for winter.  He returned to his workshop in Kentucky to construct the replacement sails and wind shaft using the original parts as a pattern the way Danish craftsmen did when the mill was originally built in 1848.

In May 2018, the reconstruction began with the installation of the repaired brake wheel and new wind shaft.  Over the next several days, the turret and cap frame were to be re-roofed while Hassett returned to his Kentucky workshop to bring back the new 67’ long new sails for the Mill.

During the roof replacement, once the sheathing and flashing was removed, significant deterioration was discovered in the principal structural members of the cap frame, known as sheers.

The sheer beams run from the front of the Mill supporting the weather beam (which carries the weight of the sails and gearing), to the rear of the Mill where the sheers extend outside and support the wind shaft and drive train. Because they carry the entirety of the weight of the sails, fantail and roof structure, the severity of the deterioration require the removal of the cap from the structure.

The original project plan and cost estimate included making repairs to the cap frame but not removing the cap and construction of a new one.  The estimate for the additional work was $104,000.

Timbers were located and transported to the millwright’s workshop to dry.  In October the crew arrived. The entire dome including wind shaft and brake wheel needed to be lowered to the ground and dismantled. The process of building the new cap frame began.  It took the historic millwright and timber guild carpenters several weeks to rebuild the cap frame and put the old Mill back together with its new wind shaft, and sails and its repaired brake wheel and fan tail.  At long last, the Danish Windmill was turning again!

Your donations make a difference…

From donations of one dollar to many thousands, in-kind gifts of time, talent and services, decorating chairs for the Chair-ity Gala and outbidding one another at the auction for those treasures all helped make the major restoration a success.

The Mill is the icon of our Danish Villages.  It’s an important piece of our history that is very important to our visitors who come from around the world.  Thanks to your generosity and with your continued investment in the Mill and its Endowment Fund, this historical treasure will continue to serve as a focal point for educating visitors, children and families about wind energy and green technology, agriculture and of course, our Danish cultural heritage and sense of place.

As we strive to preserve this treasured heirloom and its story for future generations to appreciate and enjoy, we ask for your continued financial support.

We welcome gifts of any amount.  The Mill is a 501(c)(3) non-profit corporation and your donation is tax deductible to the extent allowed by law.  Again, we sincerely thank you for your consideration of a potential gift and will appreciate your continued financial support.

TAKE A TOUR OF THE HISTORIC MILL 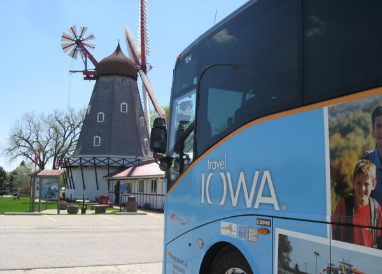 PLAN A TRIP TO ELK HORN!

Visit Denmark without a passport! We invite you to visit our villages and experience genuine Danish hygge!

IN THE MUSEUM STORE

The holiday season is upon us! Shop for your dated annual collectibles from Denmark, food, heritage gifts and traditional holiday decorations in the store or online! 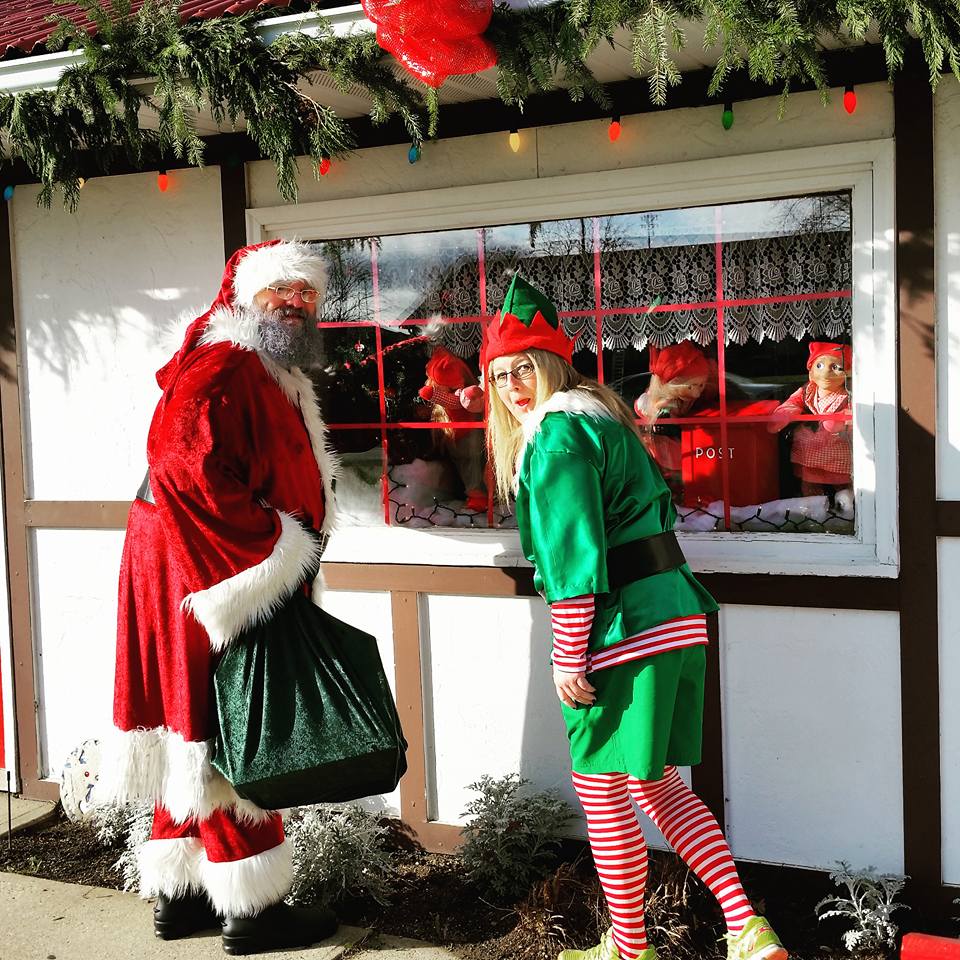 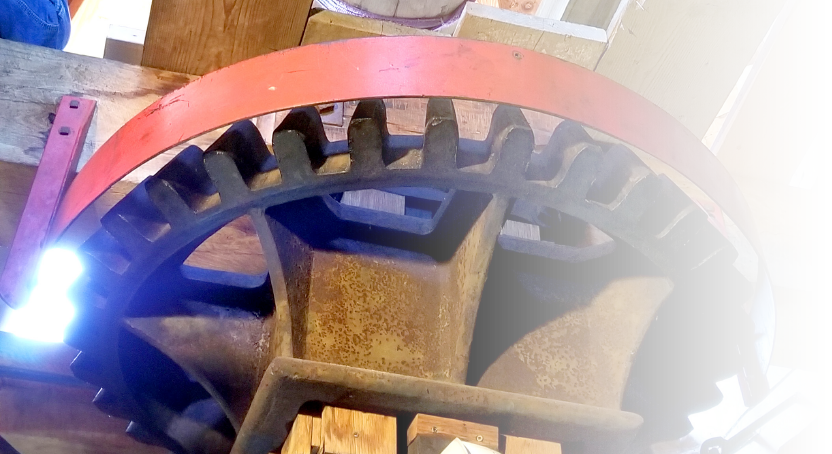 There are many ways in which you can support the programs and upkeep of the Windmill Museum. 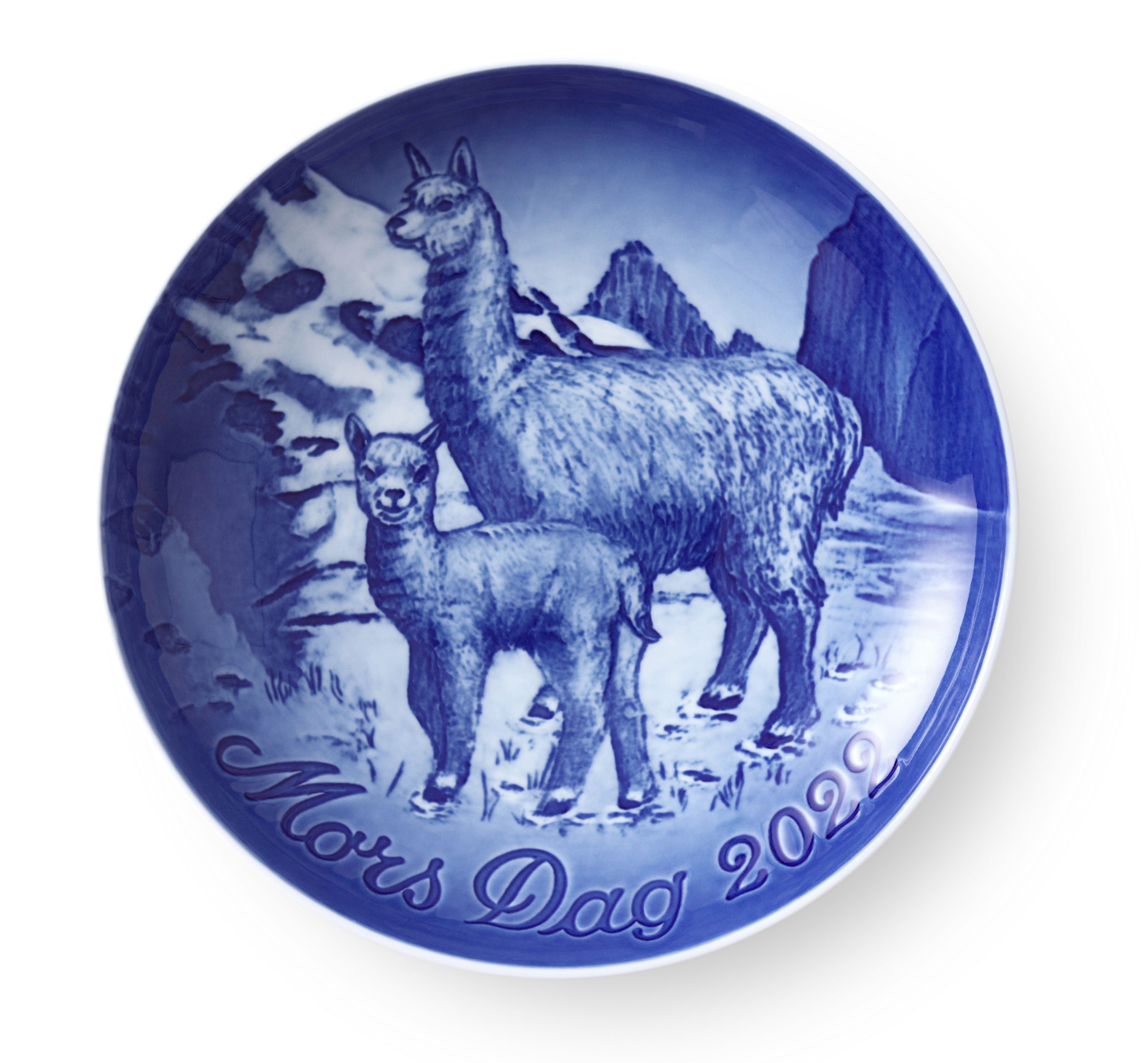 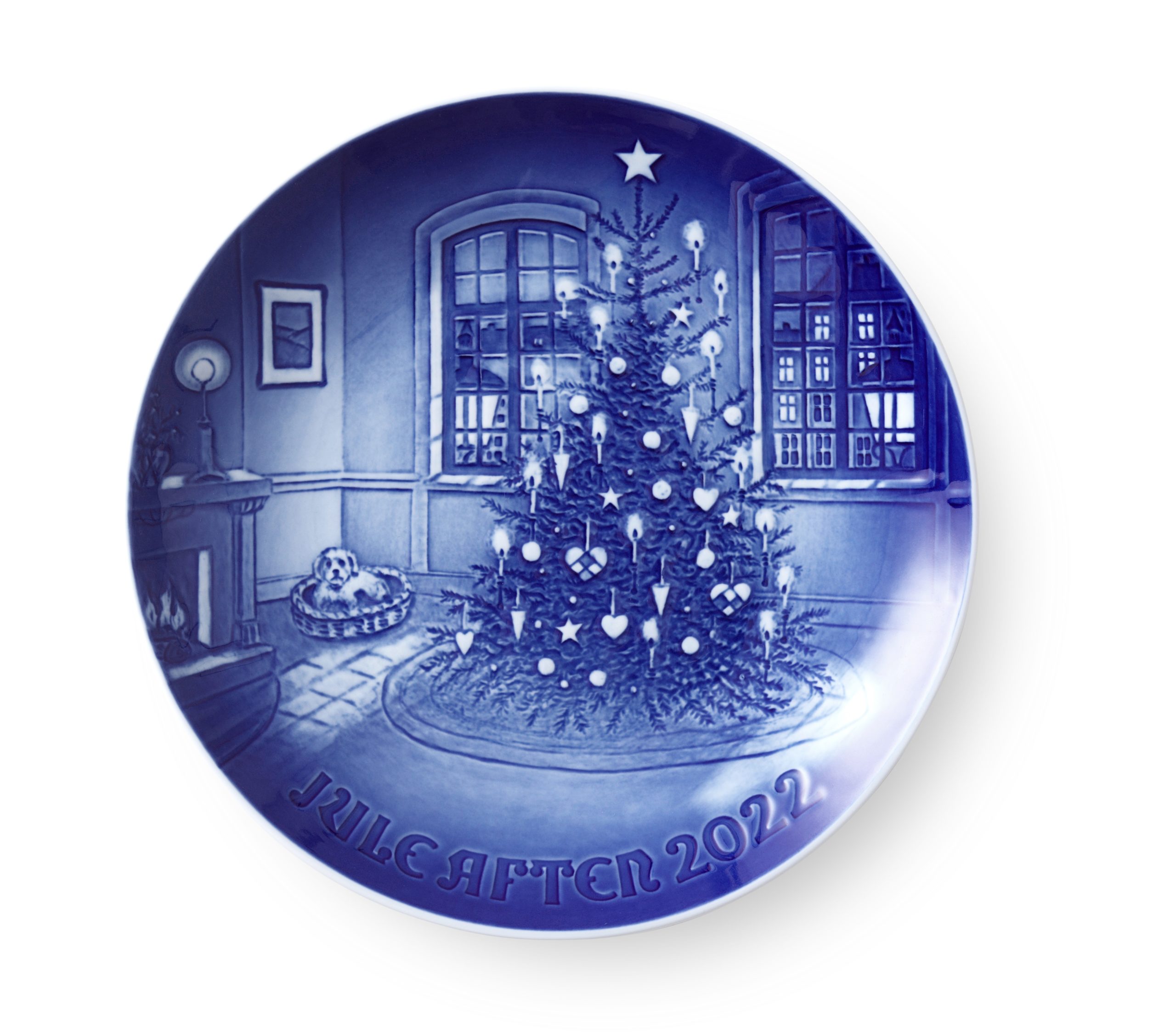 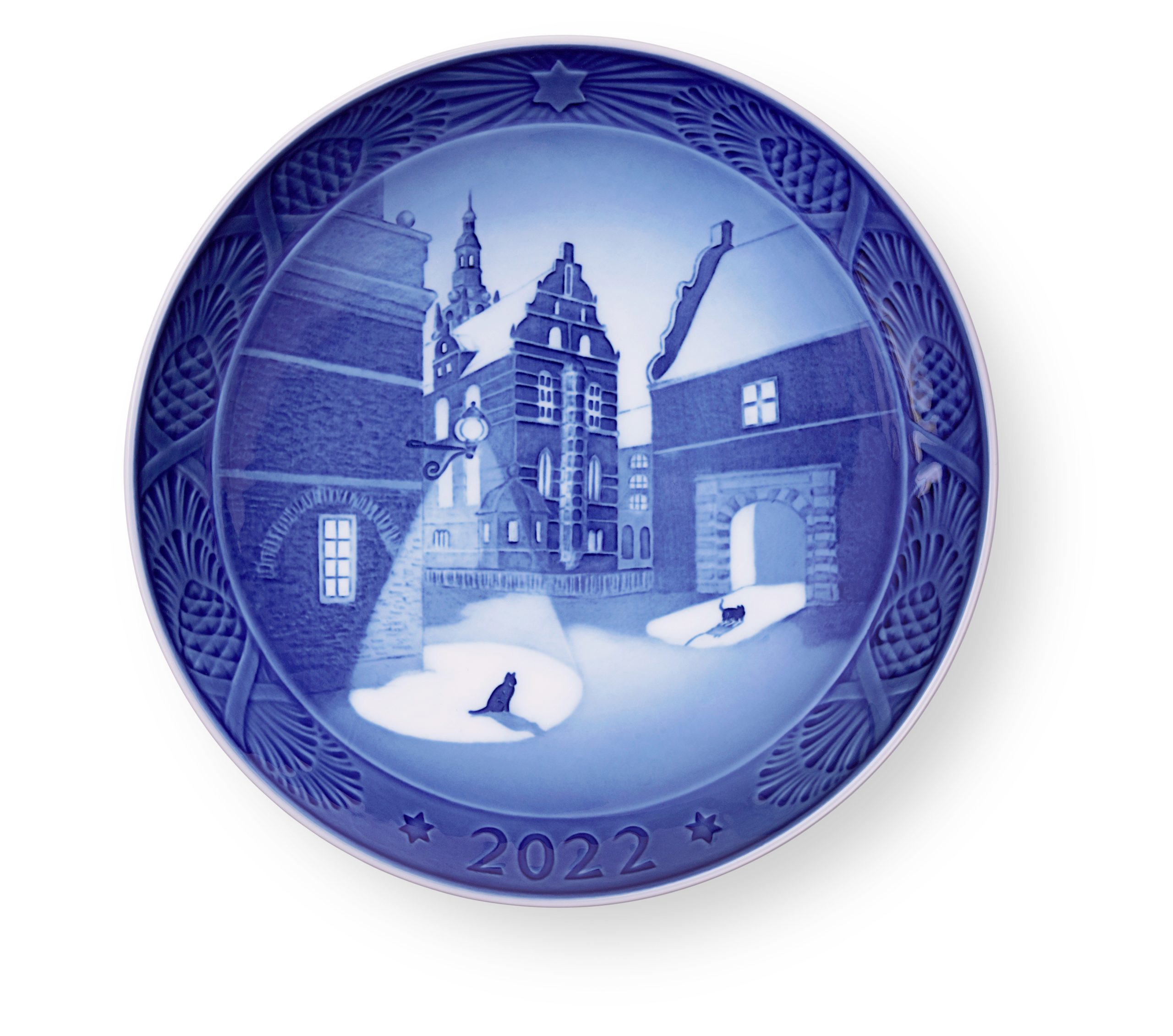 Download to view all of the latest Danish Collectables.